Even though this speakeasy is known as Magazine 63, most people still tends to refer it as the ‘Hidden Bar’ in Penang as it’s one of few speakeasy bar in Penang. Speakeasy is more of a correct way to refer to the ‘hidden’ bar, which normally no proper signage of the bar establishment, commonly has an unnoticed entrance.

There’s actually two speakeasy in Penang, well one is this, and another one, will be sharing with you all on my next visit. Looking dead and nothing from the outside, one could easily missed the entrance but recently they have just put up a banner – 小龙女家具中心 which translate into Xiao Long Nv Furniture Shop, it’s easier to spot on. Another way to recognise it is to look for Da Ma Cai lottery shop which is just beside it. 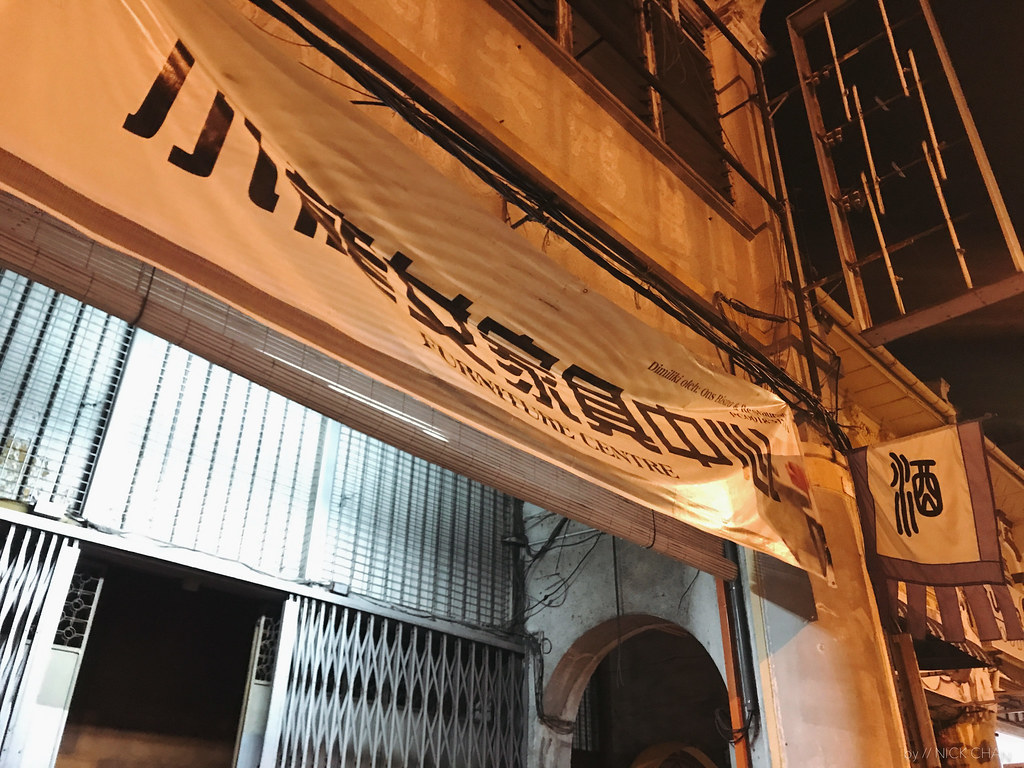 Furniture Centre as written on the banner as to further hide the establishment. 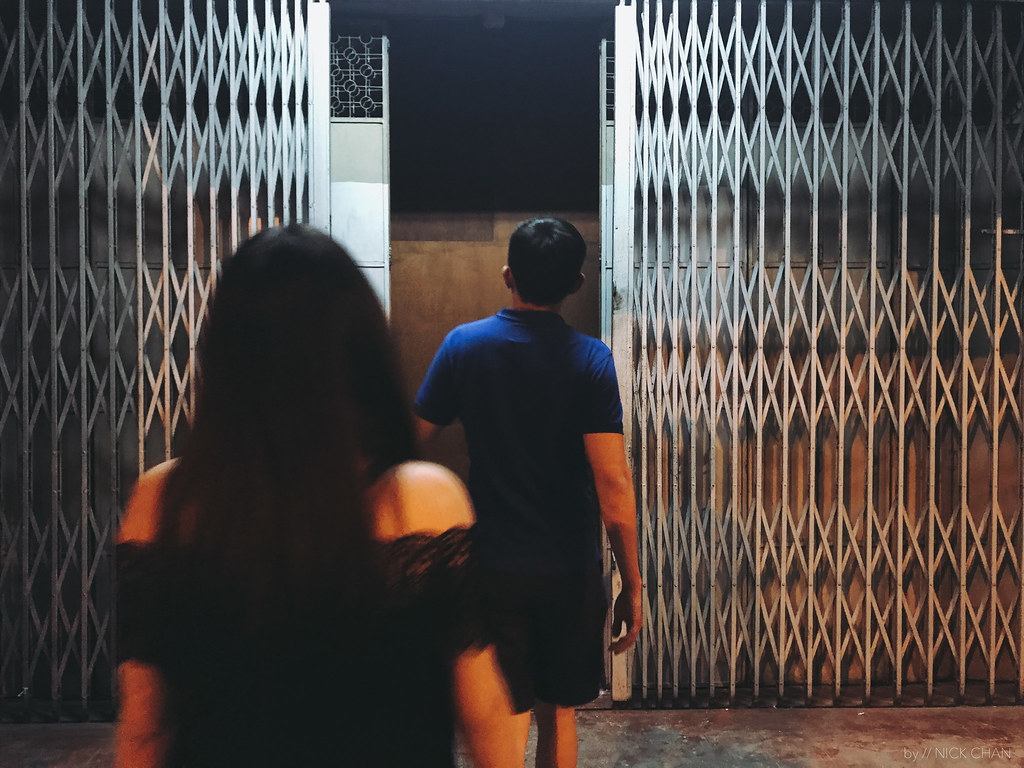 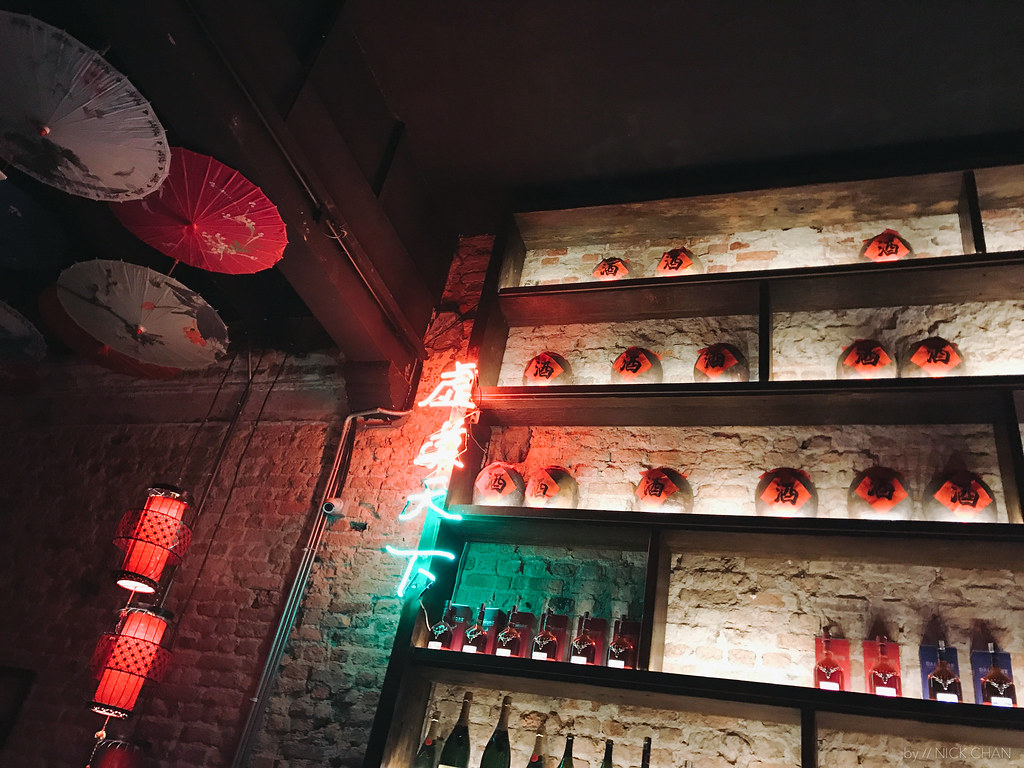 Still, there’s another hidden entrance upon passing the scissors gate, but it’s not hard to look for the real door. Gonna keep things secretive here for your own exploration. Entering the bar brings you into a new dimension, as if you are entering into a old Chinese bar. DJ is playing on a cool upper window deck, overlooking the lower floor with trance, the inside was crowded on a Saturday night, real crowded.

天下第一客栈 (Tian Xia Di Yi Ke Zhan) is the other name of Magazine 63, the Chinese signage is proudly display on the raw wood wall, blending well with a brick setup. You cannot recognize that you are actually in a colonial shophouse from their setup. 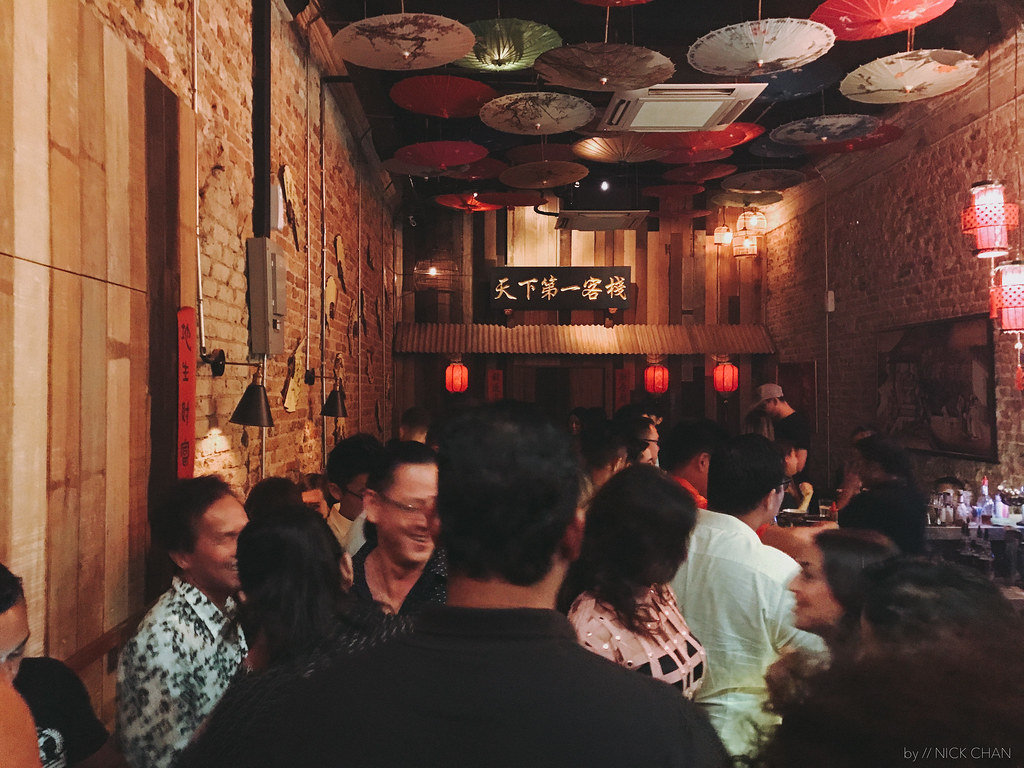 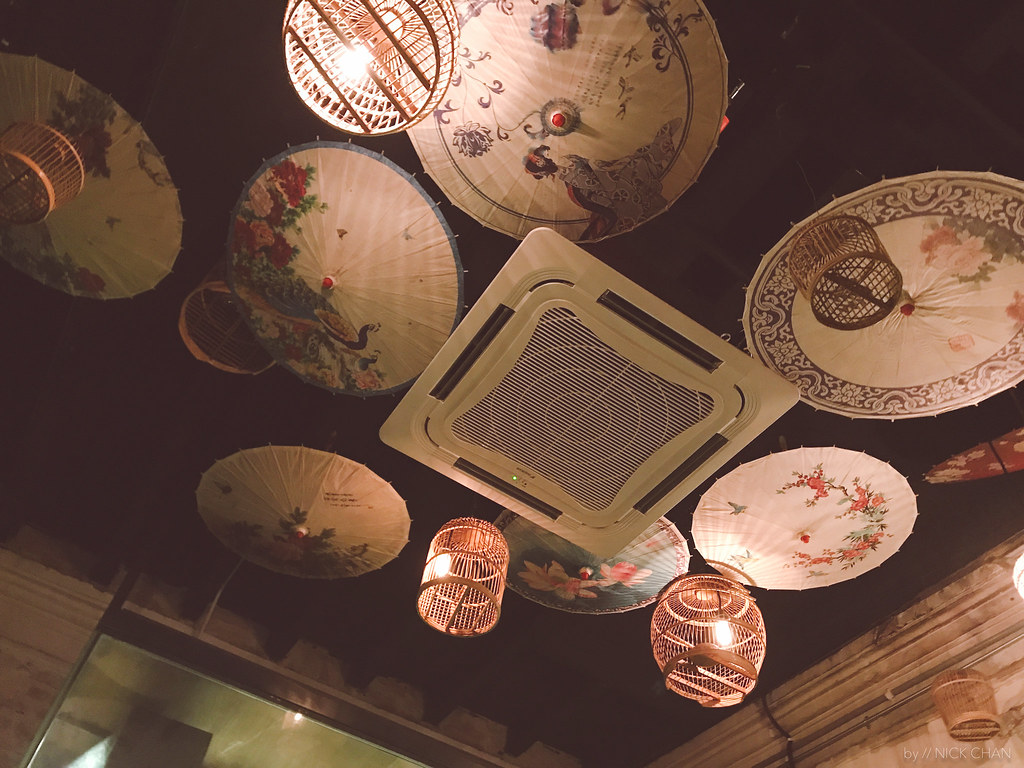 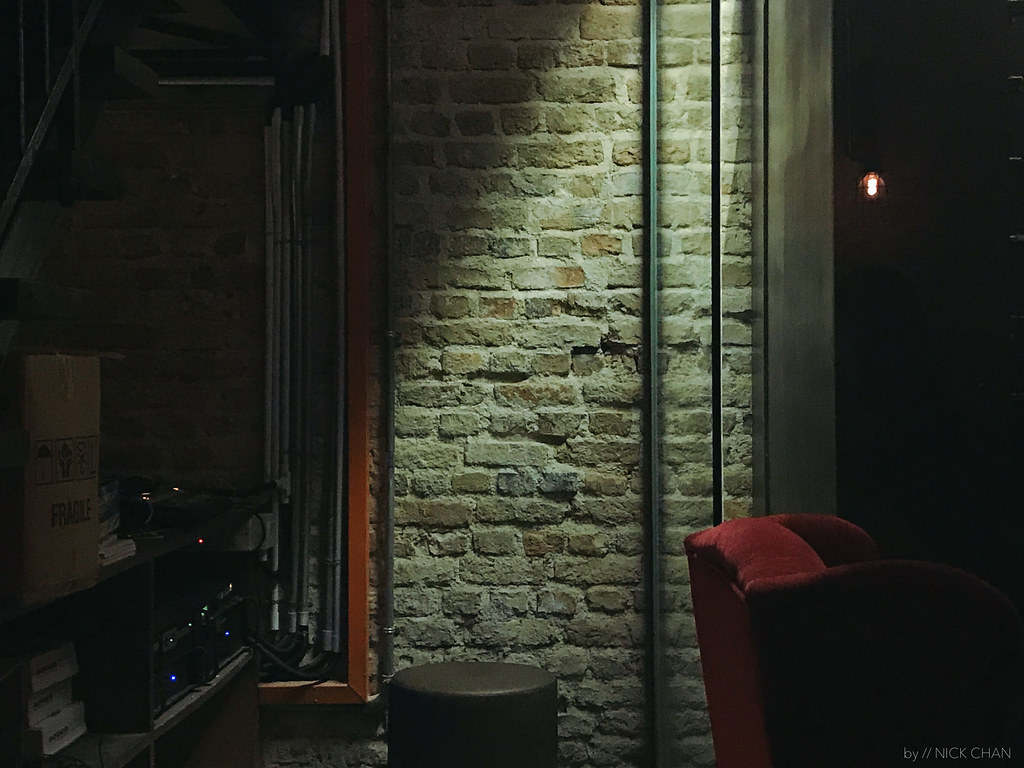 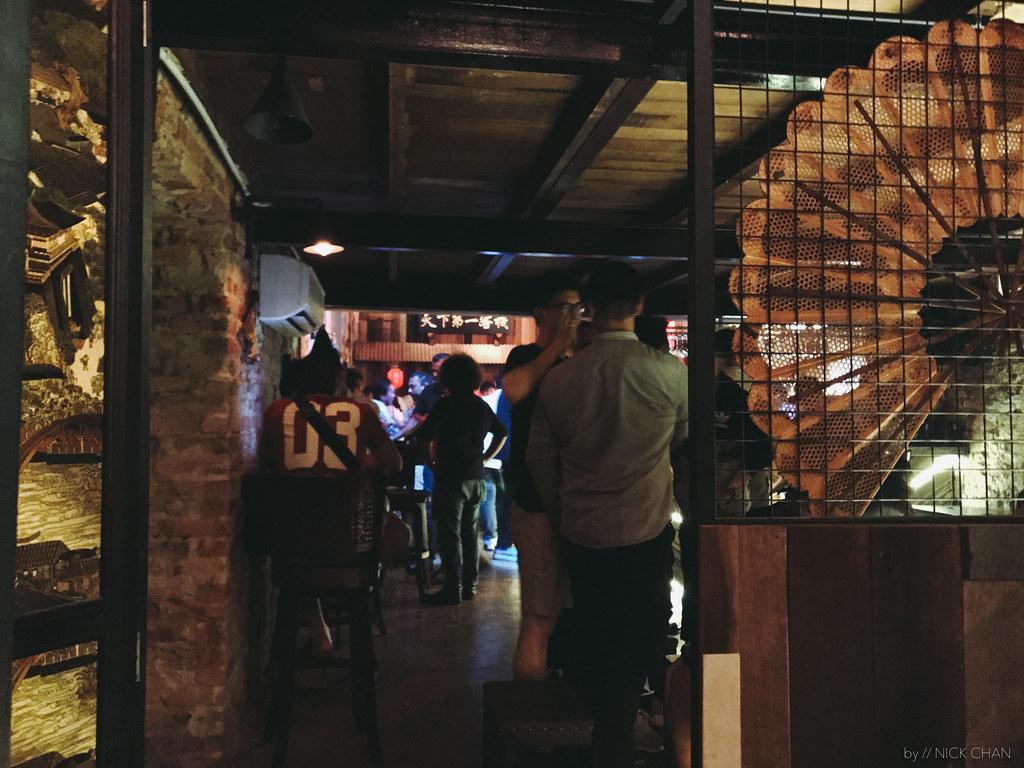 The bar tender introduced their in-house special cocktail in a Chinese wine bottle – Nv Er Hong which is decently sweet, but not to my tastebuds liking. Though, the Chinese wine bottle do brings a lot of attention and the girls like it a lot, as in the sweetness in it and also for Instagram. 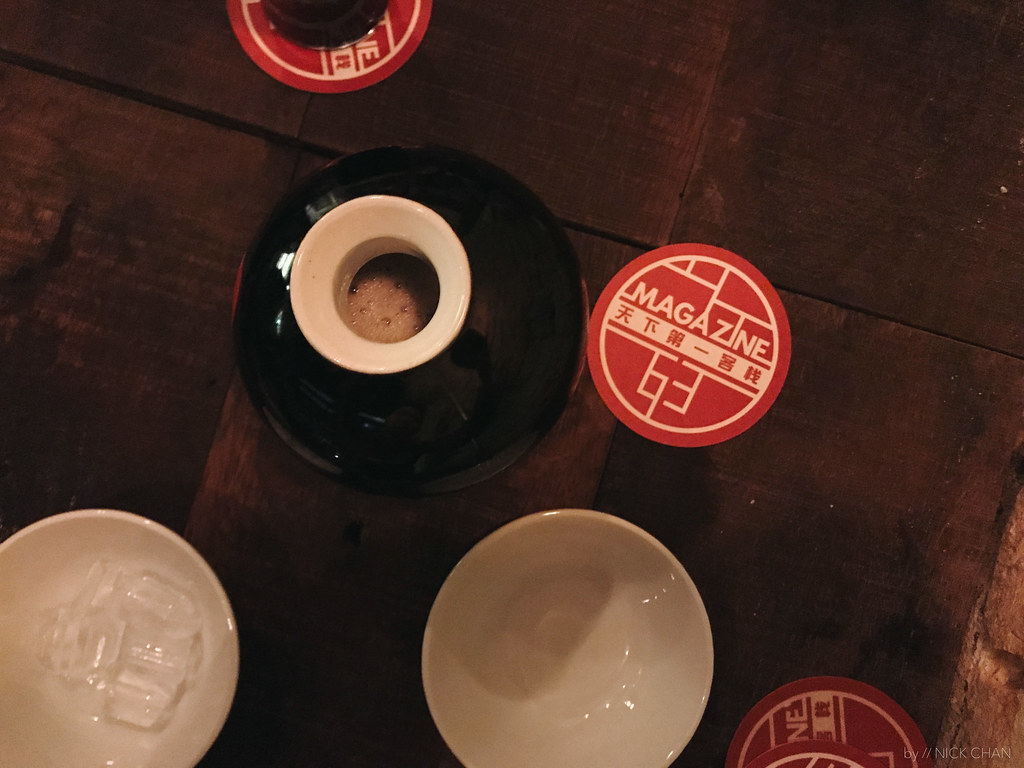 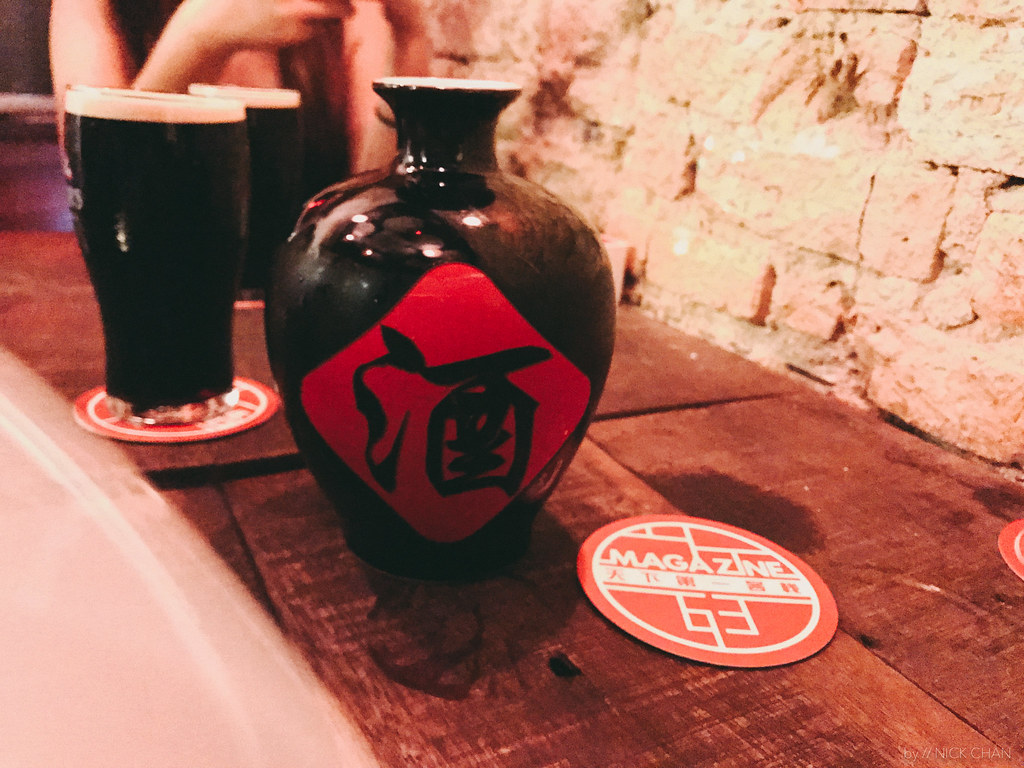 Nv Er Hong 女儿红, their in-house cocktail in Chinese Wine Bottle, different from the real Nv Er Hong liquor in China, this is more of a self-made alcohol. 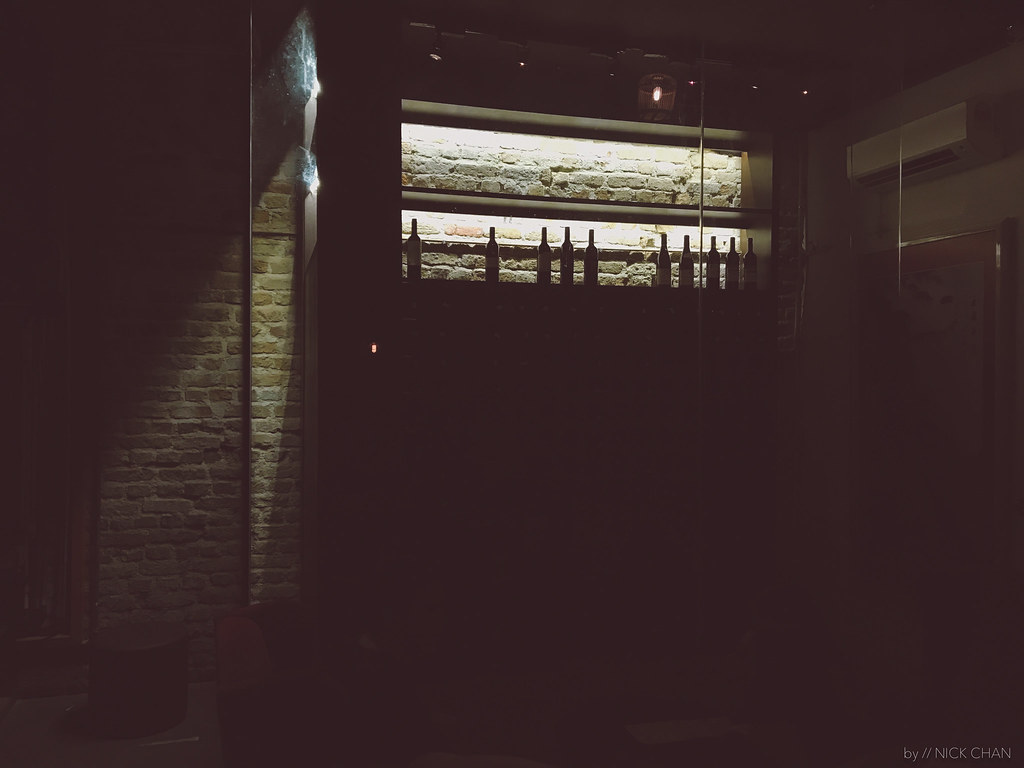 There’s a range of wine selection as well. 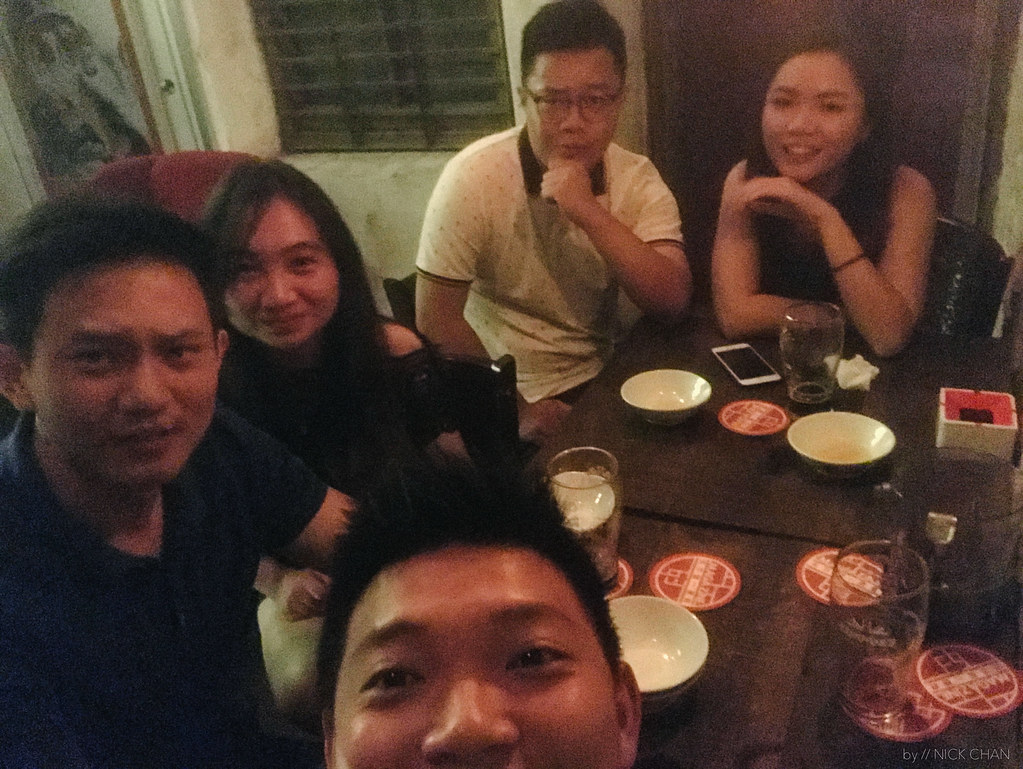 The people with me that night. Lovely night with economist, hotel owner, F&B distributor.

Ambiance is real cool, alcohol price is on a higher side, as I believe they target the working class which I find it great for Penang. It is highly advisable to reserve a table if you are coming on a weekend for a good night out.

That Day At Farlim Pasar Malam Saw This Sarawak Guy