18 Hours Ride From Prague To London By Bus and Sunrise At French Border – My Eastern Europe Winter Trip blog post series is coming to an end right now with this last post that shows me travelling back to London from Prague in a superlong 18-hours bus ride! It would take just about 2 hours to fly from Prague to London, but we opted for the long way because flying back 3 days before New Year costs like £100 and the bus we took was like about £55 and it’s the cheapest way!

It’s surely a long ride and we didn’t know how we could survive it but yeah, we managed to reach London, happily with a little smile on the face and tiredness. The long-distance bus started from Prague, calling at a few stops – Plzen, Nurnberg, Heidelbern, Dover and finally London! We packed a fried rice for each of us from a nearby Chinese restaurant for dinner and armed our tablet with movies and music to pass the time. Surprisingly, most of my time was spent sleeping!

The only part that was not so happy was waiting at the French border for like 2 hours, it’s like a massive traffic jam at the immigration but the unhappy moment was counter by a good welcome of sunrise! Immigration was quick at the French side but the immigration officer questioned me a lot at the English side and tried to use a magnifying glass to look close at my English Student VISA as if it’s fake. WTF, but never mind, I knew about this early already.

Astonished that the bus went into a train and then the trained travelled in the sea through the English Channel in Channel Tunnel. I thought it was gonna be the ferry that took us across, but luckily it was the train as it’s faster, else have to spend another 2 hours on the bus. Reached London at 11am and yeah, we survived the long bus ride. 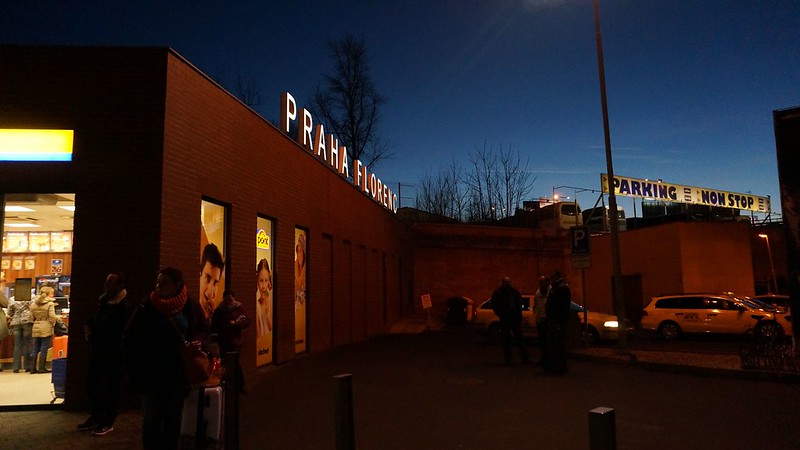 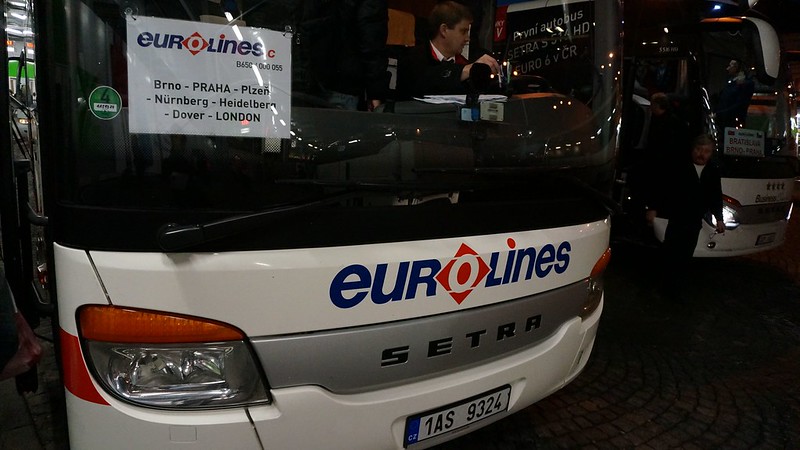 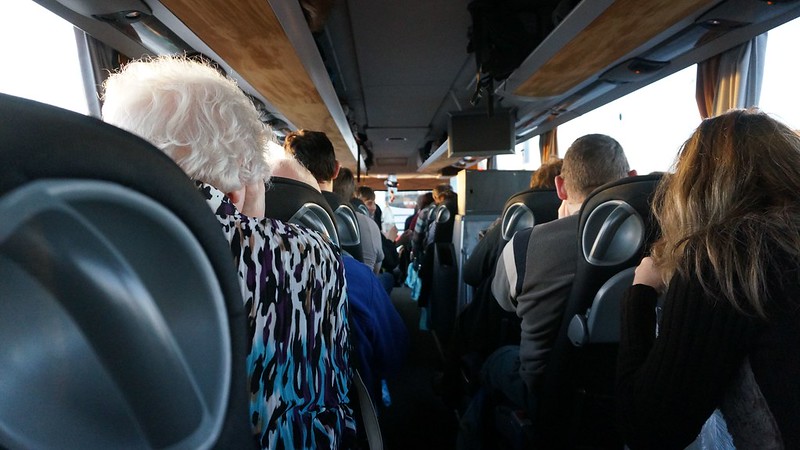 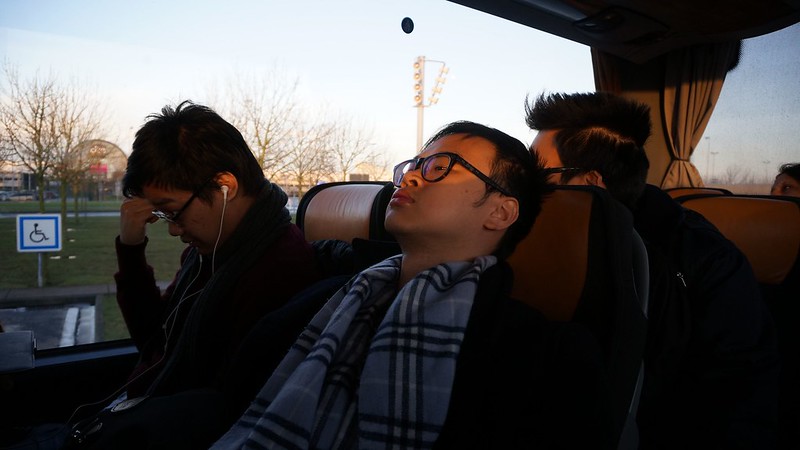 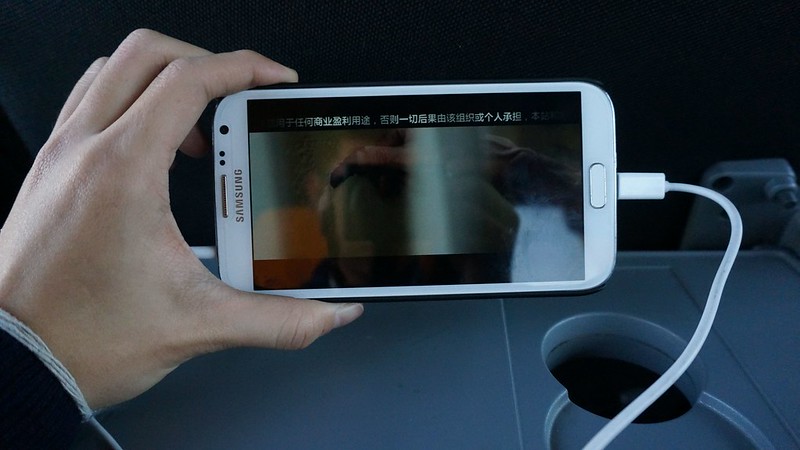 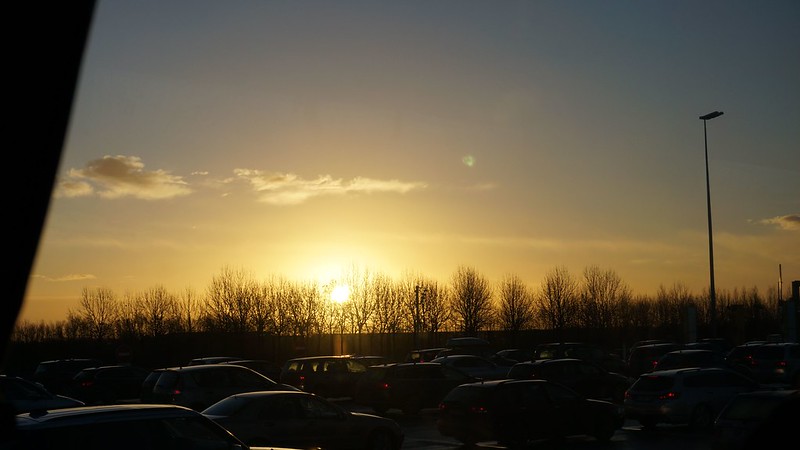 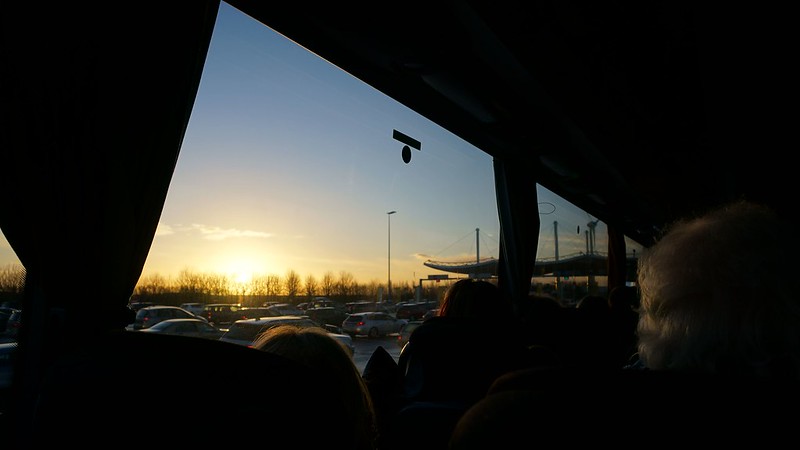 Long long queue at the French side. 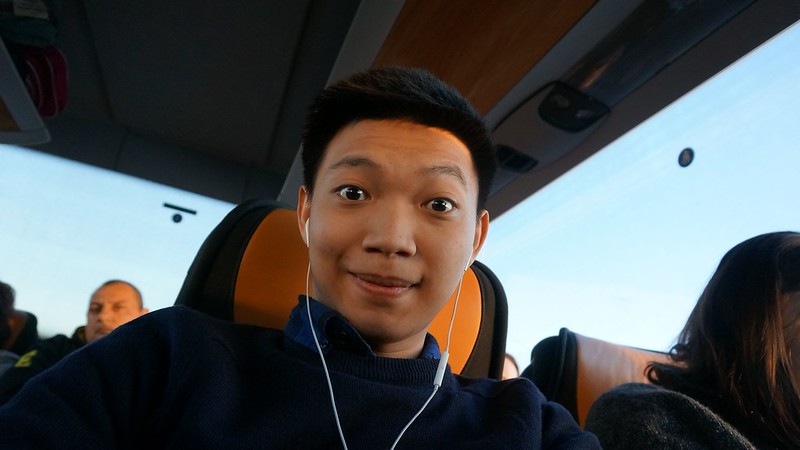 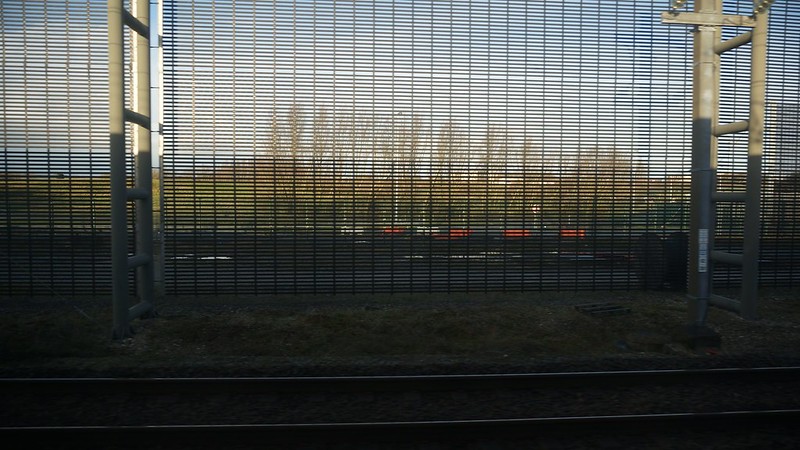 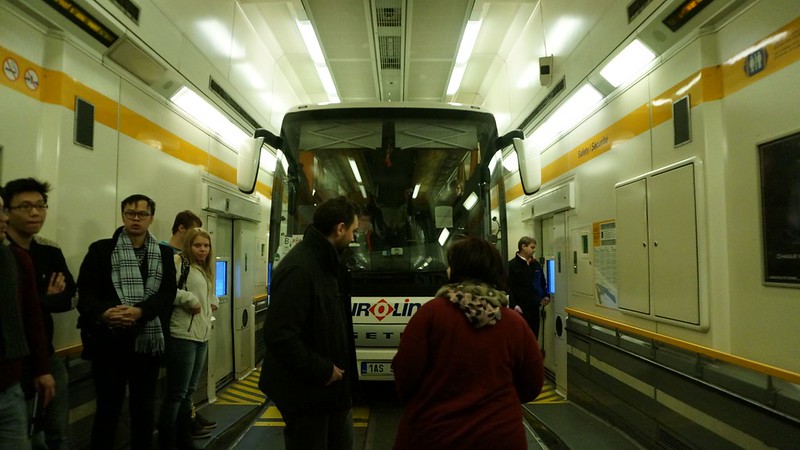 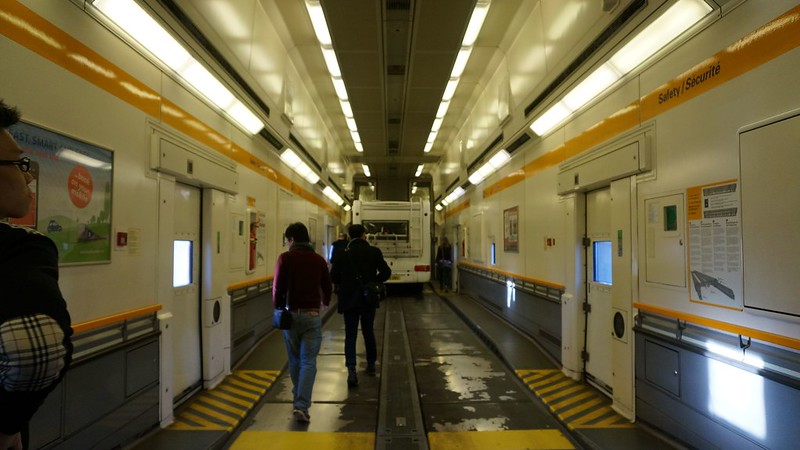 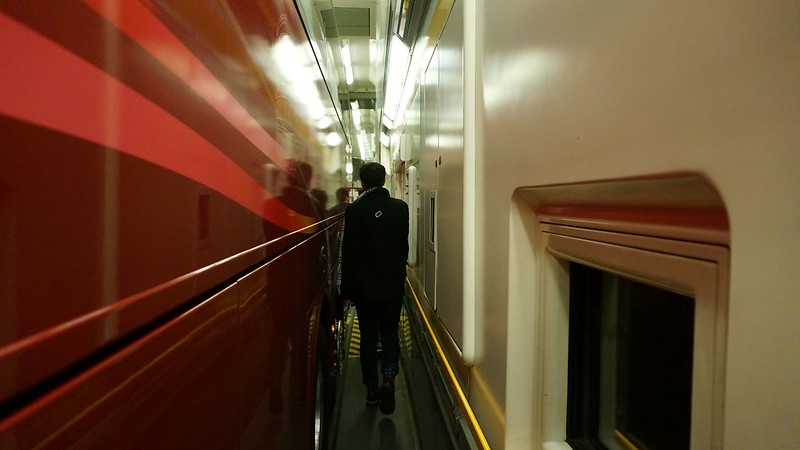 Bus into train, through Channel Tunnel, into England! Amazed!